Who Can File a JUUL Lawsuit?

If you or a loved one has been harmed by JUUL side effects including child nicotine addiction, seizure, or popcorn lung, you may be entitled to damages. We provide free no-obligation JUUL vape pen lawsuit case review. We do not charge attorney fees unless you receive compensation and you are under no obligation after your initial consultation.
1-877-ONDER-LAW
TOLL-FREE HELPLINE
JUUL Lawsuit News 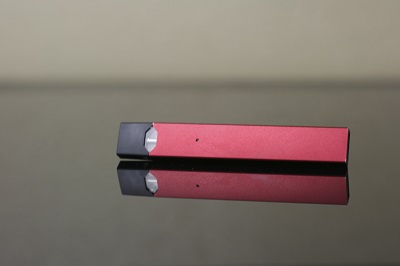 JUUL vape pens, the most popular among dozens of e-cigarette products now available in the United States, has been linked to significant health problems and side effects. Used by more than 20 million Americans, vape pens are a massive and burgeoning market expected to exceed $86 billion by the year 2025. JUUL vape problems include youth nicotine addiction, damage to developing young brains, seizures, and respiratory disease such as popcorn lung.

E-cigarettes first became available in 2007 in the United States. E-cigs or vape pens, as they are commonly known, are technically known as Electronic Nicotine Delivery Systems or ENDS, and have only been regulated by the FDA since 2016. Initially intended as smoking cessation tool, vape pens have fallen into widespread use by youth and teens who had no previous exposure to nicotine. The FDA and surgeon general have named teen nicotine addiction from vaping as a leading public health issue today.

Vape pens such as JUUL use electricity from a lithium ion battery to heat a form of liquid nicotine commonly referred to as "e-liquid", "e-juice", or "vape juice". The liquid nicotine vaporizes and is inhaled by the user. Though vaping was initially conceived as a safer alternative to smoking, JUUL vape juice pods contain more nicotine than a single pack of cigarettes.

When e-cigarettes were first conceived, the devices were designed to look like real cigarettes and their connection to smoking was visibly obvious. JUUL vape pens are completely different; designed to look like a tech gadget (they closely resemble a USB drive) and available in a variety of bright colors, JUUL vape pens are appealing to the younger generation. In addition, JUUL offers fruity vape juice flavors clearly aimed at youth, including "fruit" and "mango" flavors.

An estimated 2 million middle and high school students now use JUUL or another vaping device. Teachers and parents say JUUL pen use is particularly hard to detect because the devices are small and the vapor they produce is nearly invisible. "JUULing" has become a verb, and in the minds of the skyrocketing numbers of middle and high schoolers now using JUUL vape pens, is not clearly associated with the well-known risks of smoking.

Nicotine addiction is a major problem with JUUL. The younger generation using JUUL often has had no prior nicotine exposure, and exposure before the age of 25 can harm brain development. Early nicotine exposure has an effect on key brain receptors that affect attention, learning, mood, and impulse control. Research also shows nicotine exposure makes youth more likely to become addicted to nicotine and other substances.

Many young people report being unaware that vape juice contains nicotine, and youth nicotine addiction is a widespread JUUL vaping problem. The surgeon general and FDA have labeled teen vaping as a widespread public health threat on par with teen smoking of past decades, and blame JUUL specifically for the problem. Jonathon Winickoff, a pediatrician at Massachusetts General Hospital and a professor at Harvard Medical School, recently told the New Yorker,

If you were to design your ideal nicotine-delivery device to addict large numbers of United States kids, you'd invent JUUL... It's absolutely unconscionable. The earlier these companies introduce the product to the developing brain, the better the chance they have a lifelong user.

JUUL's notably high nicotine content poses other risks. Whereas a typical pod of vape liquid contains 6-30 mg of nicotine, JUUL pods contain 59 mg of nicotine. This concentration is 3x the allowed level in the E.U., and as a result JUUL vape pens are not available in Europe. JUUL's high nicotine content is to blame for several vape pen problems including JUUL seizures. The FDA is currently investigating reports of JUUL nicotine poisoning which can result in seizures, convulsions, vomiting and brain injury.

Vape pens also contain a variety of potentially harmful chemicals which are used to create the aerosol (commonly referred to as "vapor") that is then inhaled. Vape pen aerosol has been found to contain diacetyl and formaldehyde, among others. According to the CDC, vape pens may contain:

Diacetyl, an ingredient in some vape pens, is known to cause popcorn lung. Vaping popcorn lung is a serious disease in which the tiny air sacs inside the lungs become scarred. The FDA is currently looking into vaping side effects such as respiratory diseases like popcorn lung from vaping to better understand the long term health risks of JUULing.

Our attorneys specialize in holding large corporations accountable when they've placed profits ahead of safety. Through settlements and winning verdicts, our attorneys have obtained millions for our clients. Let us help you today.

Filing a lawsuit will allow you to hold the manufacturer accountable for damage it has caused you or a loved one, while also providing real compensation for your medical expenses, suffering and loss. Contact us today for a free consultation.